The new role of the man

Stephan is the father of two children and managing director of an SME who produces high-quality electronics in the audio sector. He lives with his children in Switzerland. He separated from the mother of his children. LENA spoke with Stephan about the feasibility of combining family and career.

LENA: How old were your children when you started educating them alone?
Stephan: The children were 6 and 4 at the time of my departure. I advocate the term “co – education”, although the children are mostly in my care since the other parent continues to play an important role in parents who are separated, whether positively by participation or negatively by want or unwanted absence The mother moved abroad, so that the children from now on live with me during school hours, with occasional weekends with their mother, holidays are arranged by arrangement.

LENA: What is your profession?
Stephan: Managing Director of an SME, 80% working. We develop, produce and market high-quality electronics in the audio field. The company was founded by me about one year before the birth of the first child. I am in the somewhat privileged situation that I have great freedom in shaping my working time.

LENA: How do you reconcile work and childhood? Possibly. An example from everyday life …
Stephan: Since day one and even during the pregnancy the children had a high place in my life. As a classical opera singer, the mother was often on a concert or on a voyage. We complemented ourselves in our care. For example, during a summer, I went with the orchestra on a concert tour, so that the youngest child could be breast-fed. I was known in the orchestra as the one who had a laptop instead of a suitcase with a musical instrument. With today’s possibilities of telecommunication and media, you can work on a lot of things on the road, but you have to be able to deal with the spatial absence of colleagues. Since it was my own company, my motivation was always high, to carry out upcoming tasks promptly and completely.
A typical daily routine: At 6 o’clock the children wake up, prepare breakfast. One child needs several alarms, so he is awakened every quarter. At 7 clock is breakfast for all. If before that time I will do 15 to 20 minutes emails. At 8 o’clock the children are out of the house. After that, I take almost an hour to read, read the newspaper, drink coffee, plan the day, maybe some household work. I’m rarely in the office before 10 o’clock and back home at 6 o’clock. Then dinner is prepared. If there are still homework assignments from the school, they will be settled at the dining table, where I will latch as necessary. After the meal depends on household work, office work, play with the children or telephone (the children with their mother). The evenings are very different. Wednesday evening, we usually watch a movie together. If the children are in bed after 9pm, I often go back to work, maybe until 11pm. Laundry and kitchen utensils are made according to today’s possibilities and are not a big burden. Shopping is nowadays highly efficient; It is usually enough of everything in the shop, in tested quality. For the last two months, I have learned how to make online deliveries and appreciate them because I am sick because of a sports accident with a severed Achilles tendon. An online shopping cart can be filled continuously by all family members, until I bring it to the cash desk. If a child wants to try a recipe, simply place the ingredients in the basket.
LENA: Do you know other fathers with whom you are sharing? (Imagine, for example, that you are mainly mothers in the playground, but little fathers !?)
Stephan: With a minimum of a schoolchildren ‘s interest, one can certainly get to know other parents with whom to exchange ideas. I do not distinguish between fathers and mothers when I need advice on childish things, but I contact whom I find the most appropriate in the specific situation, and I put forward my request, for example: “I come to you as a mother / father. Could you give me a piece of advice … “

LENA: What prejudices are / are you confronted with as a single father?
Stephan: With prejudices hardly, on the other hand ignorance or slight general suspicion could be felt. The following examples are not real problems that are worth investing in. It is better to stay relaxed on these occasions and to set a good example. On one parent’s evening “the Mamis” were addressed; As a father, I was at best perceived as an information carrier (“Please tell the mommy of <my child> that next week is bike testing”). At the end of the seminar, I made a point of instructing the teacher, in a conversation with two friends, that she really knew that the children would live with me during school hours. I believed her excuse that she did not notice the exclusion of men, and that she had no bad intention behind her. Or on a trip with the children to oversea the airport policeman questioned when leaving my children something even inquisitorisch, where Mami is, whether she is not sad not to come, etc. In the opposite case (I am a lot by plane) , When a mother flies with children, I have never seen such a thing. However, to draw a line between prejudice and experience is difficult and basically I admire customs officers do their work.

LENA: What do you think must change socially, politically and culturally so that prejudices against single-parent fathers are reduced?
Stephan: Social, political and cultural? This is a high level. I think it is important to change to an open, honest debate about our present vision of society, instead of wording in wording-wrapped acquisitions – regardless of which side. You can hear many arguments, read about analyzes and studies, which would make one or the other logically logical, but it is often the intention of the sender to preserve past successes, be it part-time work, care, pension age or military service , Etc. Good ideas such as feminism or socialism are kidnapped and abused for their own benefit. An open, honest debate, however, must be guided by values ​​and goals that affect us all, regardless of gender or position in society. These include questions such as: How do we live, which roles have family, work, education, health, prosperity, security? How far do we have to take care of differences between man and woman, which are not to be discussed? And how strong are we really willing to move? “Creation of equality without taboos” may sound good. However, men seem to like silence as well as women as the issues of gender pay gap and that in the social sector, billions more are distributed to women than to men. Visionary proposals describe a presently aspired ideal state and must be free of acquisi- tive thinking. At the same time, the three things addressed relate society, politics and culture to one another. First, the vision of the big questions centers our culture. If this vision becomes transparent, political measures can be derived from it. The result is a transformed society. I miss the debate at the level of the big solutions. Through them, we can lead the existing, valuable carpet of cultural and social achievements more purposefully to a next stage of development, instead of making small steps forward and backward in tactical gender skirmishes.

LENA: What tips do you have for other fathers, but also for mothers who are single parents?
Stephan: Include the children in as much as possible. What does everyone want, what does everyone, even as a parent? We discuss the agenda openly, with all family members (including the mother), so that all their wishes can be applied, no information disadvantages prevail, and after the planning is complete, everything is directly applicable, without later veto of the other. We also discuss finance openly – what can we afford, what do we want to achieve? This creates trust but also understanding when certain things are not possible. Children also understand very much at an early age, given the background necessary for their understanding. For example, if properly educated, children understand a temporarily higher workload of a parent and then do not feel ashamed or neglected (although they might be during this period!).
If you are worried, explain yourself to your children, but without frightening the children. Children have a fine antenna for when something is wrong. If it is not pronounced, the children become insecure. Periodically, at least once a year, review your time management and eliminate time-consuming.
Occasional emotional fluctuations are normal, but do not whine. Use your energy better for solution search. Neither children who grow up with one parent or their parents are from a different star. Therefore, the above tips are also advisable for so-called intact families. There, however, you have more reserve. If only one of the two is chaotic in the parent household, most administrative things still work. In the case of separate parents, periodic anger is programmed in such a case. 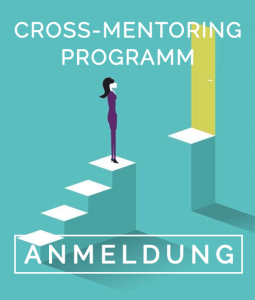